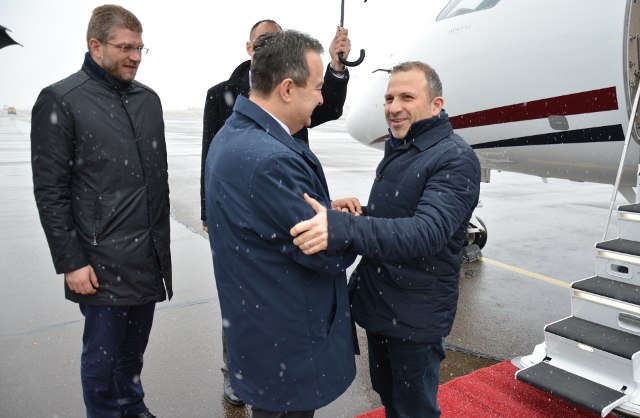 Source: RTS – Serbia’s first deputy PM and foreign minister said this after his talks in Belgrade with Lebanese Minister of Foreign Affairs and Emigrants Gebran Bassil, the government announced.

Dacic, at a joint press conference with Bassil, said that Lebanon voted against the admission of the so-called Kosovo to Interpol and UNESCO, adding that Belgrade will always support Lebanon in international organizations.

Dacic pointed out that the level of trade between the two countries is low, with a huge deficit on the side of Lebanon.

He said that Serbia and Lebanon, in addition to politics, should seek common interests in economy, culture, education, tourism, defense and security.

Dacic stressed that the fight against terrorism is a common task, and this visit by the Minister of Foreign Affairs of Lebanon is an incentive for cooperation between the security services, the army and the police.

Bassil said that Belgrade has always supported Lebanon and that his country supports the integrity of Serbia.

Trade exchange is very small and amounts to several million dollars. I hope that we will make up for it and that my visit will open the door to economic cooperation, Bassil stressed.